Prices are in Singapore Dollars.

Antigua Casona San Blas
View all details
Details
Reviews
A stay at Antigua Casona San Blas places you in the heart of Cusco, within a 10-minute walk of Plaza de Armas and Cusco Cathedral. Featured amenities include dry cleaning/laundry services, a 24-hour front desk, and multilingual staff. A roundtrip airport shuttle is provided for a surcharge (available 24 hours).
Cleanliness
9.9
Comfort
9.7
Facilities
10.0
Location
9.6
Overall
10.0
Overall 9.7 Excellent
Based on 1,073 reviews
All reviews
Cleanliness
9.9
Comfort
9.7
Location
9.6
Services
9.7
Staff
9.8
Excellent 10.0
Pros: The hotel was fabulous. Small, boutique type, great rooms, super comfy beds, a beautiful courtyard with an splendid seating accommodations to rest after a walk or adjust to the altitude. The restaurant Piedra y sal, incredibly serve gourmet food. And the breakfast to die for. I would return to Cusco just to stay at Antigua Casona

Rated no. 1
Antigua Casona San Blas
9.7
Excellent 9.7
Based on 1,078 reviews
Details
Reviews
S$ 101
View deal
Belmond Hotel Monasterio
View all details
Details
Reviews
Belmond Hotel Monasterio is centrally located in Cuzco, only a two block walk from the Plaza de Armas, Cuzco’s central square where the cathedral and most important museums are located. The hotel’s history as a former monastery makes its inner courtyard a quiet haven from the city outside. Its central location provides an ideal base from which to discover Cuzco and the ancient ruins of Sacsayhuaman, Pisac and several other archaeological sites in the Sacred Valley. Machu Picchu can be reached via a spectacular three-hour train journey from Cuzco. Belmond Hotel Monasterio is only a ten-minute drive from Cuzco airport. Originally built as a Monastery in 1592 on Inca foundations - the historic attributes of Belmond Hotel Monasterio provide a unique blend of historical architecture and artwork - including a beautiful chapel adorned with extraordinary gold ornaments. The hotel combines the solemnity of a colonial monastery with the luxury, elegance, comfort and excellent quality of a modern five-star hotel. The original architecture and design has not been significantly altered and thus the rooms do reflect their origins as a home for Jesuit seminarians. There are no two rooms alike and they all vary in size and format. Facilities and services include world-class international and local cuisine served in two restaurants, fully-equipped business center with cabled and wireless broadband internet access, meeting rooms and banqueting facilities, accessible rooms, boutiques, 24-hour concierge and room service and a unique bath butler service to revitalize after a long day amidst candles and fragrant bath oils and salts. Luxurious accommodations include 106 guest rooms and 20 suites. Décor and furnishings combine the best of modern and traditional Spanish colonnial style. Many rooms and suites feature charming views of the city or the colourful rooftops of Cuzco. The hotel is the only hotel in Cuzco that has counteracted altitude sickness symptoms by introducing an oxygen supplementation system in most of the rooms. All rooms include full buffet breakfast and are equipped with all marble bathrooms with double wash basins, wireless Internet access and every modern amenity one would expect in a luxury hotel.
Cleanliness
9.8
Comfort
9.6
Facilities
10.0
Location
9.9
Overall
9.7

Overall 9.6 Excellent
Based on 202 reviews
All reviews
Cleanliness
9.8
Comfort
9.6
Location
9.9
Services
9.6
Staff
9.7
Excellent 10.0
Pros: From beginning to end, the staff at the Belmond did everything in their ability to make our stay wonderful. 5 star service at every corner. 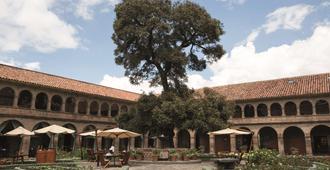 Rated no. 2
Belmond Hotel Monasterio
9.6
Excellent 9.6
Based on 202 reviews
Details
Reviews
S$ 353
View deal
JW Marriott El Convento Cusco
View all details
Details
Reviews
Embrace a truly unique stay at JW Marriott El Convento Cusco. Our hotel offers a delightful blend of historic grandeur and modern comfort. Housed in a restored 16th-century convent in the heart of Cusco, our boutique hotel features two exhibition halls with ancient Peruvian artifacts. Explore the area from our hotel, with convenient access to local attractions, such as the Historic Center of the City of Cusco and Plaza de Armas. At the end of a busy day, find sanctuary in our sophisticated rooms and suites featuring a range of thoughtful amenities including elegant marble bathrooms, deluxe bedding, mini-bars and an oxygen-enriched system to relieve altitude sickness. Awake refreshed before heading to our spa for a revitalizing treatment with centuries-old Incan healing regimens. When hunger strikes, visit Qespi Restaurant and Bar, widely considered to be one of the best restaurants in Cusco, to enjoy an elegant atmosphere and fresh ingredients. Luxury and adventure await at JW Marriott El Convento Cusco.
Cleanliness
9.7
Comfort
9.6
Facilities
9.7
Food
10.0
Location
9.8

Overall 9.5 Excellent
Based on 490 reviews
All reviews
Cleanliness
9.8
Comfort
9.7
Location
9.8
Services
9.6
Staff
9.5
Excellent 10.0
Pros: Trio of women traveling the Inka trail; lovely room with outstanding beds. Service was outstanding, to include hotel arranging for a clinic visit for one of us with an injury. Bar was good, breakfast was excellent. Spa also used, to include massage service.
Good 6.8
Pros: Location, view
Excellent 10.0
Pros: Excellent customer service
Excellent 8.5
Pros: Attentive staff like I've never seen before. Taking care of every need and going above and beyond to make you happy.
Okay 4.7
Pros: For us it was a "new experience" as it was our first time to Cusco. Get to know new place to stay 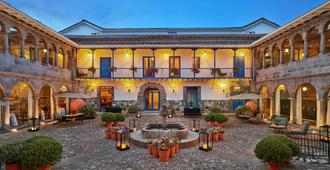 Overall 9.3 Excellent
Based on 1,288 reviews
All reviews
Cleanliness
9.6
Comfort
9.4
Location
9.0
Services
9.3
Staff
9.6
Excellent 10.0
Pros: Really enjoyed my stay here!
Excellent 10.0
Pros: Everything
Excellent 10.0
Pros: amazing staff great location right next to the historical center and ruins beautiful room comfortable bed perfect shower
Good 6.8
Excellent 10.0
Pros: The hotel is a very nice four-star establishment. Very well maintained facilities, and a wonderful friendly staff. It is located on Ave. Sol and across the street from the Central Craft Market and a small park. Ave. It has an excellent restaurant and lobby bar. The facilities are great and the staff is very friendly and helpful. This area of town seemed very safe to us and we did not hesitate to walk through the area at night. Overall, I greatly recommend visiting Cusco and staying at this hotel. It really is a very nice place to stay.
Good 6.0
Pros: Clean hotel and well situated in Cusco 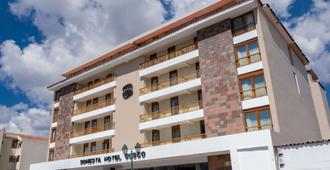 Overall 9.2 Excellent
Based on 503 reviews
All reviews
Cleanliness
9.6
Comfort
9.4
Location
9.2
Services
9.2
Staff
9.3
Excellent 8.0
Pros: Hotel is built around a series of beautiful courtyards. It has a good location. Good service.
Good 6.2
Pros: Just Okay hotel. Not too pricy, and in a fairly good location. the restaurant in the hotel was also nice and satisfying.

Overall 9.1 Excellent
Based on 1,342 reviews
All reviews
Cleanliness
9.3
Comfort
9.1
Location
9.6
Services
9.0
Staff
9.2
Okay 5.1
Pros: Nothing... The staff told us that they don’t have rooms available becuase some problems they had in part of one of the floors.
Excellent 10.0
Pros: The rooms were very clean. The bathrooms were newly remodeled and very very nice.
Excellent 10.0
Pros: Everything was wonderful. Location was close to everything

Overall 9.0 Excellent
Based on 734 reviews

Rated no. 9
Tierra Viva Cusco Plaza
9.0
Excellent 9.0
Based on 734 reviews
Details
S$ 116
View deal
Novotel Cusco
View all details
Details
Reviews
Featuring comfortable rooms in an excellent structure, Novotel Cusco blends colonial and modern styles. During your stay, learn more about Inca culture and the region's rich history, which attract tourists from all over the world. You can also enjoy Restaurante 365's unique way of playing with international gastronomy, or spend time with friends or family while having a drink at Bar 365.
Cleanliness
9.1
Comfort
8.8
Facilities
9.5
Food
10.0
Location
9.5

Overall 8.8 Excellent
Based on 946 reviews
All reviews
Cleanliness
9.1
Comfort
8.8
Location
9.5
Services
8.6
Staff
9.1
Excellent 10.0
Pros: Very charming converted monastery. Close to the main square. My stay was comfortable.
Excellent 10.0
Pros: Convenient, character, high quality with staff who were accommodating. Sporting an interactive courtyard that provided opportunities to relax, work or chat.
Excellent 9.7
Pros: Beautiful hotel near the main square, nice amenities, comfortable rooms
Excellent 10.0
Pros: Bed was comfortable. Very clean overall. Breakfast was a little limited but good.
Excellent 8.8
Pros: We loved the lobby and historic charm, wonderful breakfast, great location where you can walk to everything and delicious restaurants near by. The rooms were large, comfy and beautiful. Overall I would stay here again and recommend the hotel. 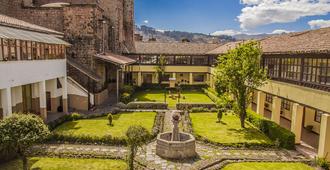 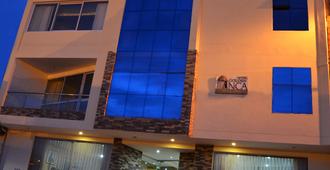 Rated no. 13
Hotel Golden Inca
8.6
Excellent 8.6
Based on 1,182 reviews
Details
Reviews
S$ 24
View deal
Hilton Garden Inn Cusco
View all details
Details
Reviews
Explore the ancient neighborhood of Santa Ana from the Hilton Garden Inn Cusco hotel. Admire the natural beauty, local architecture and vibrant culture outside this modern hotel. Walk into our welcoming lobby with plenty of natural light, colonial courtyard and two fireplaces. Rooms at our hotel feature views of the courtyard, the city or the surrounding mountains of Cusco. Relax in a spacious room with crisp white linens on a king or two queen beds. Each room features a 42-inch HDTV, mini-refrigerator and coffeemaker. Catch up on work or plan your next sightseeing tour with complimentary WiFi and wired internet at the work desk with ergonomic chair. Upgrade to a suite for more space as well as a separate living area. Stroll one km to Plaza de Armas and the Choco Museo. Our hotel is just 7 km from the airport, within walking distance to the Poroy Train Station and the bus station. Stop by the 24/7 Pavilion Pantry for a quick snack, drink or a travel essential. Use the microwave in the Pavilion Pantry to heat up a midnight snack. Find souvenirs in our Lobby concession area.
Cleanliness
9.3
Comfort
9.2
Facilities
9.5
Location
7.7
Overall
8.8 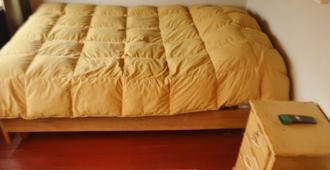 Where to stay in Cusco?

Our map will help you find the perfect place to stay close to Plaza de Armas by showing you the exact location of each hotel.

FAQs when booking a hotel in Plaza de Armas

What are the best hotels near Plaza de Armas?

How much does a hotel near Plaza de Armas cost?

KAYAK users have found double rooms near Plaza de Armas for as cheap as S$ 7 in the last 3 days. The average price is S$ 8.

How much is a hotel close to Plaza de Armas for tonight?

How much is a hotel near Plaza de Armas for this weekend?