Search hundreds of travel sites at once for hotels in Spandau 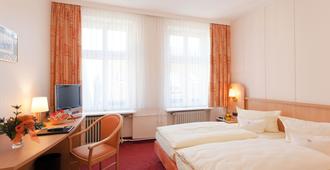 Rated no. 2
Select Hotel Berlin Spiegelturm
8.0
Excellent 8.0
Based on 1,553 reviews
Details
Reviews
S$ 75
View deal
Hotel Lindenufer
View all details
Details
With a stay at Hotel Lindenufer in Berlin (Spandau), you'll be a 2-minute drive from Spandau Citadel and 8 minutes from Waldbuhne. This hotel is 4 mi (6.4 km) from Olympic Stadium and 4.9 mi (7.8 km) from Schloss Charlottenburg. Rooms Make yourself at home in one of the 34 guestrooms. Complimentary wireless Internet access keeps you connected, and cable programming is available for your entertainment. Private bathrooms with showers feature complimentary toiletries and hair dryers. Conveniences include safes and complimentary newspapers, as well as phones with free local calls. Amenities Take in the views from a garden and make use of amenities such as complimentary wireless Internet access and shopping on site. Additional amenities at this hotel include a television in a common area and tour/ticket assistance. Dining Buffet breakfasts are served on weekdays from 6:30 AM to 10 AM and on weekends from 8 AM to 11 AM for a fee. Business, Other Amenities Featured amenities include a computer station, express check-out, and complimentary newspapers in the lobby. Self parking (subject to charges) is available onsite.
Cleanliness
8.2
Comfort
7.4
Location
9.0
Services
7.3
Staff
9.1 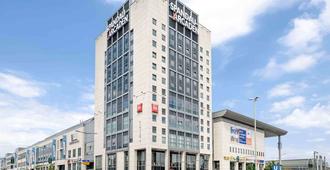 Where to stay in Spandau (Berlin)?

Our map will help you find the perfect place to stay in Spandau by showing you the exact location of each hotel.

FAQs when booking a hotel in Spandau

What are the best hotels in Spandau?

How much does a hotel in Spandau cost?

KAYAK users have found double rooms in Spandau for as cheap as S$ 57 in the last 3 days. The average price is S$ 71.

How much does a hotel in Spandau cost for tonight?

How much does a hotel in Spandau cost for this weekend?