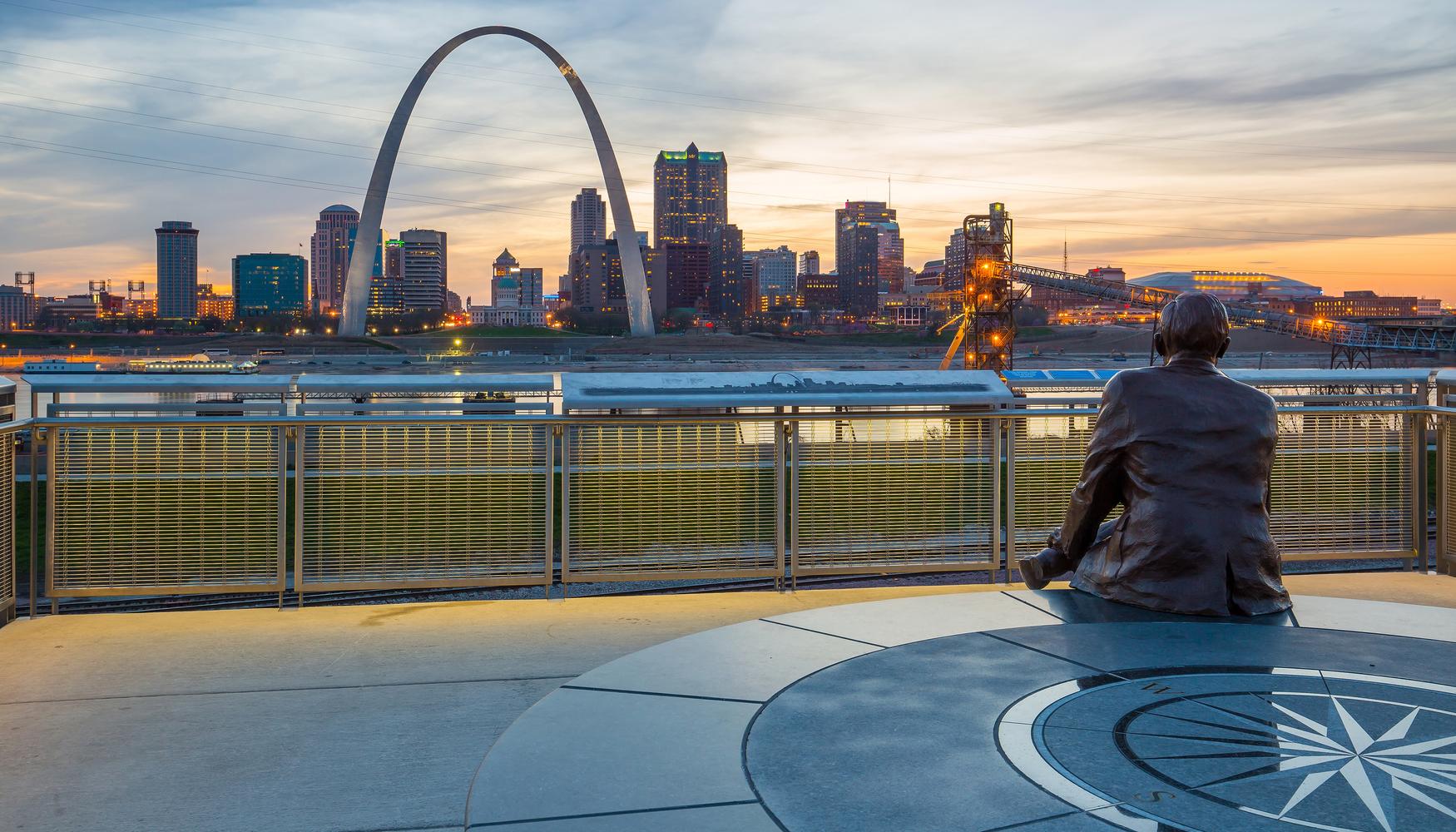 Gateway to the West

You're Going to Love St. Louis

Time spent in St. Louis is always time well spent. The jewel of the Missouri River, St. Louis has historical charm, sporting attractions and a cultural life that blows other city break destinations away. 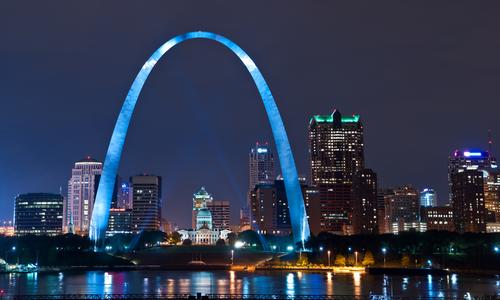 Take in a rock and roll performance in one of the birthplaces of jazz and blues at atmospheric venues like Blueberry Hill. Ascend to the summit of the iconic Gateway Arch for stunning views of the city and the river. Take a riverboat cruise on a 19th-century steamboat and dine on the finest pork BBQ food around at local institutions like Bogart's.

From tours of the massive Anheuser-Busch Brewery to left-center field tickets at a Cardinals game, St. Louis has pretty much everything a tourist could ask for.

St. Louis is famous as one of the most important cities in the development of blues and jazz music, and venues like Blueberry Hill are still fantastic places to hear the finest musicians in those genres.

St. Louis is one of the Mid West's cultural centers, and visitors can choose between the modern art available at the Mildred Lane Kemper Gallery, cutting edge contemporary galleries like Art Unleashed and fine sculpture exhibits at the Pulitzer Foundation for the Arts.

Another masterpiece that St. Louis is known for is its barbecue cooking. The people of St. Louis love to eat pork ribs and chops with vast helpings of BBQ sauce, so head to popular restaurants like Bogart's Smokehouse to see for yourself.

St. Louis attracts sports lovers from all over the world to watch the Cardinals play Major League Baseball, so make a date with the second most successful team in baseball history at Busch Stadium during your stay.

St. Louis is one of the world's great brewing cities. Although it is most famous as the home of Anheuser-Busch (the creators of Budweiser), the city has a thriving craft beer scene too. Check out the latest master-brews from the Civil Life Brewing Company and save time for a few drinks at the Schlafly Taproom during your trip.

What to do in St. Louis

Visit the City's Many Art Galleries

Few cities in America have as many art galleries per capita as St. Louis, so if you are a fan of culture, it's a great place to visit. Some of the best include the Mildred Lane Kemper Art Museum (which features works by American icons like Jackson Pollock) and the Saint Louis Art Museum, which hosts exhibits from all over the world.

Take a Tour of the Anheuser-Busch Brewery

The Anheuser-Busch Brewery is one of the largest in the world, and it's also an architectural marvel, with its beautiful red-brick construction. See the Clydesdale horses used by Budweiser in its promotional tours and finish off with a beer in the adjacent beer garden.

St. Louis is famous for being the "gateway to the west," but it's just as famous for the Gateway Arch which commemorates this role. Designed by the Finnish architect Eero Saarinen, the arch soars 192 meters above the Missouri River, and you can ride an elevator to the summit for some spectacular views.

Enjoy a Concert in the St. Louis Loop

The St. Louis Loop is the city's musical hub and also includes vibrant shopping streets like Delmar Blvd. The place to go for live rock and roll and blues is Blueberry Hill, which was once owned by Chuck Berry and is a lively student hangout.

Take a Cruise on the Missouri

The Missouri is America's longest river and a cruise on its waters is a magical experience. Visitors to St. Louis can take a cruise in grand style on riverboats named after characters from Mark Twain's novels for a cost of $20.

When to Visit St. Louis

2 travellers Flight to St. Louis 1 night at 3-star hotel
Prices are not fixed and may vary with time

Most visitors will find the short spring and fall seasons the best times to visit St. Louis. In April and May and September and October, the city enjoys mild weather (around 70 degrees Fahrenheit) and only occasional rain. The extreme heat of summer and the bitter chill of winter won't be a factor, and you can enjoy events like September's Big Muddy Blues Festival or April's Spring Art Fair in Queeny Park.

Average temperatures
Celsius (°C)
When the weather is nice in St. Louis
Data provided by

How to Get to St. Louis

Lambert–St. Louis International Airport is the city's major entry point for visitors from other parts of the U.S.A., and it's only about 14 miles out of town. The best way to reach the city center is the MetroLink light rail service, which costs $4. Expect to pay $50 for a taxi from the airport to the city center.

St. Louis' Amtrak station is located at 551 S 16th St in the Gateway Multimodal Transportation Center. Three Amtrak services stop there including the Missouri River Runner (from St. Louis to Kansas City), the Lincoln Service (from Chicago to St. Louis) and the Texas Eagle (from Chicago to San Antonio).

St. Louis is extremely well connected by road to most parts of the U.S.A. If you are coming from Chicago, take I-55, which also links the city to New Orleans and Texas. Anyone coming from the West should take I-70, which is also the best route to take from cities on the Eastern Seaboard.

Greyhound runs daily buses to the Gateway Multimodal Transportation Center from cities as diverse as Chicago, New Orleans, and Dallas, while Megabus also provide connections to St. Louis (often at much lower prices).

Where to Stay in St. Louis

St. Louis has a huge array of hotels to choose from at all price levels. If you are looking for luxury accommodation, look no further than the award-winning Beall Mansion, which features an all-you-can-eat chocolate buffet. The Four Seasons Hotel on N Second Street is a convenient and comfortable central option, as is the Ritz-Carlton Hotel which is directly opposite a MetroLink station. Budget options include the Huckleberry Finn Youth Hostel and the Drury Pear Tree Inn, which is very handy for the Amtrak station.

Downtown St. Louis – Generally thought to extend from Tucker Boulevard in the west to the Missouri River in the East, Downtown St. Louis is the city's commercial heart. It's also the best place to stay if you want to attend baseball or football matches, with the major stadiums in the neighborhood.

Midtown St. Louis – The city's center of culture, Midtown is where you'll find institutions like the Sheldon Concert Hall and the Contemporary Art Museum as well as smaller attractions like the home of jazz composer Scott Joplin. Thanks to restaurants like the Fountain on Locust, Midtown is also a great place to dine on traditional American cooking.

Dogtown – The name may sound unpromising, but Dogtown is actually a lovely part of town. Located directly south of Forest Park (home of the St. Louis Zoo), this historically Irish neighborhood is full of bars like the Heavy Riff Brewpub and great places to eat like Nora's Sandwich Shop.

Most popular hotel in St. Louis by neighbourhood

Where to stay in popular areas of St. Louis

Most booked hotels in St. Louis

How to Get Around St. Louis

The fastest way to get around St. Louis is by using the MetroLink light rail system, which cuts across the city on north-south and east-west axes, providing good coverage of most Downtown areas. The best way to use MetroLink is to purchase a two-hour pass ($3) or a weekly pass ($27). Buses are handy to reach other parts of the city, and a single fare costs $2.

Taxis are a quick and convenient way to get around St. Louis. Expect to pay $3 for the meter drop, then $2.75 per subsequent mile. Uber is cheaper, charging a basic rate of $1.50, then $1.20 per mile (for the cheapest vehicles only).

Hiring a car isn't essential during your stay in St. Louis, but it does provide the ability to get out to attractions in the Missouri countryside. Finding affordable parking can be tough though, with standard rates of $6 per hour, so if you intend to make regular trips to Downtown St. Louis, it makes sense to use public transit as much as possible.

The Cost of Living in St. Louis

The Delmar Loop is regularly ranked as one of America's top ten shopping streets thanks to its diverse collection of boutiques, galleries, restaurants and other attractions. You can shop for craft items from around the world at stores like Pitaya or Funky Buddha, and head for a drink and a concert at Blueberry Hill when you've finished. Alternatively, check out upscale malls like the Plaza Frontenac, home to major brands like Neiman Marcus and Luis Vuitton.

St. Louis is an affordable city by American standards, with low food prices and plenty of supermarkets to buy your groceries. Major supermarkets in town include Schnuck's and Aldi, while big names like Walmart can be found in the suburbs. Expect to pay around $2.50 for 12 eggs and $12 for a good bottle of wine. 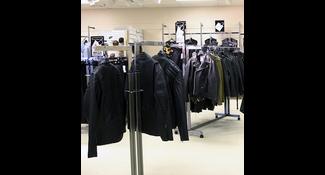 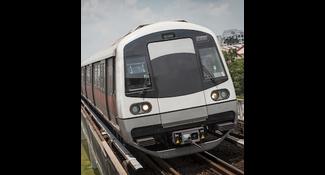 Where to Eat in St. Louis

St. Louis is best known for its grilled meat served smothered in barbecue sauce. If that sounds like your thing, make a booking at Bogart's Smokehouse or Pappy's to see how barbecues should be done. St. Louis is also known for its "slingers" - hash browns topped with fried eggs and a hamburger. If you need a really filling breakfast, head to the White Knight Diner for the best slingers in town. The city also has a big Italian-American population, which means one thing: great pizza. Try Pi Pizzeria, Imo's or Pointers for some of the best pizzas around. Mid-range meals shouldn't cost more than $15-20.