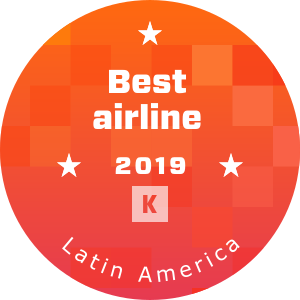 Avianca (AV)
Best airline
No. 2 airline in Latin America
What travellers say about Avianca
"This was my first time flying with them and will try to fly with them as much as possible in the future. Keep it up!" 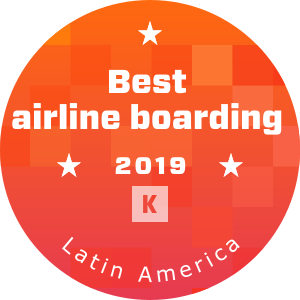 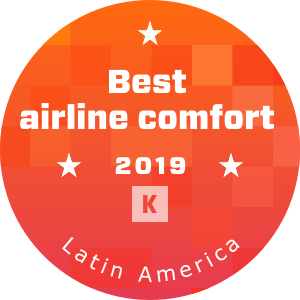 Avianca (AV)
Best airline comfort
No. 1 airline in Latin America
What travellers say about Avianca
"Very impressed with the comfort of coach." 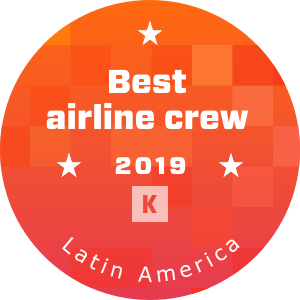 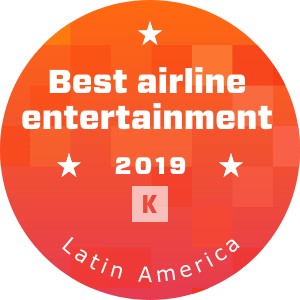 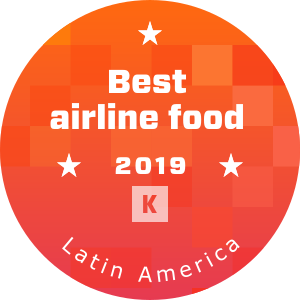 Travelers that fly with Avianca can choose from two different classes for their trip: Economy and Business. Economy provides basic amenities like a free checked bag, a complimentary hot meal, and access to the flight’s entertainment system, while Business will allow you to check up to two suitcases at no cost, benefit from priority boarding, and have access to the VIP lounges that can be found in certain airports.

Although this airline primarily operates out of Colombia, it services flights to over 150 destinations, many of which can be found in other countries. For those that would like to vacation in Europe, it is possible to travel to Spain, the Netherlands, Germany, and the United Kingdom. If you would rather go to a different country in South America, you can choose from destinations such as Guatemala, Ecuador, Uruguay, and Venezuela.

Avianca is known for having codeshare agreements with over 15 international airlines, including popular companies such as Air Canada, United Airlines, Iberia, Turkish Airlines, and Silver Airways.

Upwards of 10 different types of aircrafts can be found in this airline’s fleet, with some examples including Airbus, Boeing, and ATR. The Airbus A320-200 is the most common plane that is used, with more than 35 being flown by the company, and the aircraft is best for servicing medium-range flights that fit 150 passengers or less. The Airbus A330-300 is the largest plane that is used by Avianca, as it fits up to 300 passengers and crew members, making it ideal for longer international flights, such as to Europe.

As the situation changes with coronavirus (COVID-19), Avianca will continually update its policies accordingly. Please contact Avianca directly for the latest information about cancellation fees. You can find the most up-to-date information on Avianca policies here: Avianca Travel Advisories & Policies