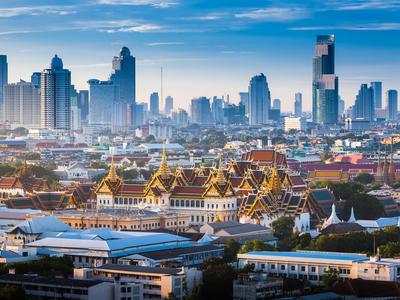 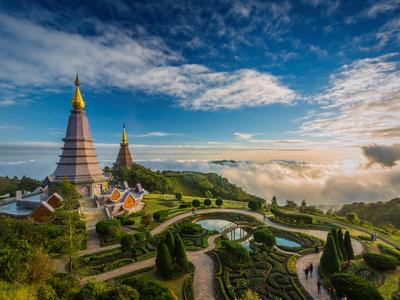 Where does Thai AirAsia fly to?

What is Thai AirAsia’s primary hub?

Thai AirAsia concentrates most of its flight operations in Bangkok.

How does KAYAK find such low prices on Thai AirAsia flights?

KAYAK is a travel search engine, meaning that we continuously look across the web to find the best deals for our users. With over 2 billion flight queries processed yearly, we are able to display a variety of prices and options on flights from all airlines, including Thai AirAsia.

As Thai AirAsia is a joint venture from two companies that are located in Malaysia and Thailand, the airline primarily services flights within these countries. However, the company has expanded its list of international destinations, with choices now including locations such as Australia, Japan, Oman, China, and South Korea.

This company is not a part of an airline organization and does not have codeshare agreements with other companies, but it is connected to several other airlines. For example, the airline was founded in 2003 by AirAsia and Thailand's Asia Aviation and these two organizations have retained their ownership of the company.

Thai AirAsia has a fleet that contains over 60 planes and is composed entirely of Airbus. Out of the several different types of aircraft that are used, the Airbus A320-200 is the most common, as it fits up to 180 passengers and is best for medium-range voyages. For longer voyages, the company will commonly use the Airbus A320neo, a choice that fits 186 passengers and has an impressive fuel capacity.

With Thai AirAsia, passengers are able to choose from four travel classes, which are Low Fare, Value Pack, Premium Flex, and Premium Flatbed. While Low Fare will provide you with a complimentary carry-on, Value Pack comes with a free checked bag, a complimentary meal, and access to the airline’s exclusive lounge while you are waiting for your flight. If you select Premium Flex, you will be given priority boarding and check-in, while Premium Flatbed comes with a seat that turns into a bed, a duvet, and pillows.