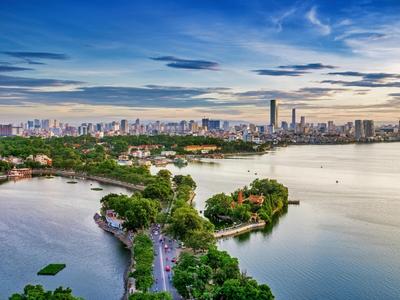 "Fast and efficient and low cost budget." (in 5 reviews)
""Fluent English, comfortable and ample seat space."" (in 1 review)
"Flights were on time and worked well for us." (in 3 reviews)

Where does VietJet Air fly to?

What is VietJet Air’s primary hub?

VietJet Air concentrates most of its flight operations in Ho Chi Minh City.

How does KAYAK find such low prices on VietJet Air flights?

KAYAK is a travel search engine, meaning that we continuously look across the web to find the best deals for our users. With over 2 billion flight queries processed yearly, we are able to display a variety of prices and options on flights from all airlines, including VietJet Air.

Commencing operation in 2011, Vietjet Air offers a wide range of domestic services across Vietnam as well as international destinations throughout Asia. The majority of flights are scheduled out of its base in Hanoi; however, a secondary hub in Ho Chi Minh provides an easier link to countries south such as Indonesia, Malaysia and Singapore.

Offering competitive prices to passengers and minimal services, the airline has developed a strong customer base within the low-cost market. It has introduced Thai Vietjet Air as a subsidiary, which focuses on domestic flights within Thailand. In 2015 it was crowned the Best Asian Low-Cost Carrier at the TTG Travel Awards. A codeshare agreement is in place with Japan Airlines, which provides more flexibility to customers for both domestic and international trips.

The fleet of Vietjet Air is made up entirely of Airbus airplanes. Flying both the A320 and A321 models, the aircraft are capable of transporting between 180 and 230 passengers. The carrier became the first to fly the A320neo model in Southeast Asia. The livery of the airliners features Vietnam’s national colors of red and yellow. Keep an eye out to see if you travel on a specially marked A321-211 plane, which is decorated to celebrate 45 years of diplomatic ties between France and Vietnam.

If you would like to upgrade from the standard Economy Class, a separate ticket class termed SkyBoss is available. You will have access to an exclusive lounge prior to your flight, which is equipped with complimentary food and magazines. Seat selection and check-in priority is also afforded.